Christmas day.  I got up early and went to church with everyone except my brother.  He couldn’t wake up.  My mom was already there because she’s in the bell choir.  I hate church and only went as a gift to my mom.  But I got through it okay.  I considered leaving the church if it got unbearable and climbing a tree.  I actually decided against it because if I climbed here, it would mean I’d have to come back.  Se, we came back home and opened gifts.  I didn’t get anything I asked for but I guess I didn’t ask for a whole lot.  But it was nice to see people react to my gifts.  Especially my one year old nephew, Mitchell.  He smiled, laughed, and hugged the old stuffed animal I gave to him.  After the gifts I wanted to climb before it got dark and we ate dinner.  And since my mom received Chai from my brother she asked me to go buy some milk.  Perfect! I thought.  I’ve been wanted to climb this tree over by Thornton’s gas station.  I drove and parked at the soccer fields off 146 and Cedar Point.  I walked across the road to this huge tree by the railroad tracks.  I studied it, even climbed into the little saplings that surround the trunk but I couldn’t figure out any way to reach of of its massive low branches.  What I did see, though, was a hanging squirrel carcass with on a tuft of hair on the tail, and its jaw bone was hanging out of its mouth. I took pictures of it. Then I walked down to the rails to find a different tree.  I spotted one that sat all alone in a grass field across 146. I walked over to it and knew it was the one.  It had one huge fallen limb that had it’s base still attached where it splintered off.  I climbed onto it to test its durability and strength.  Though dry and splitting, I crawled up the ramp-like branch into the tree.  When I reached the top if the splintered branch I transferred to a strong leader limb.  I began to go up but realized another leader went higher.  This tree had about six main leader limbs all originating from way down low. The one I wanted to get to took four transfers to reach.  But that was the fun part.  It was a really mobile and maneuverable tree.  I worked my way up to the top. The sun was getting low and the sky was clear and I was very warm. I was overdressed for this unseasonably warm Christmas day.  I was sweating underneath my four layers.  I tied my ribbon and took pictures and as I looked down around the tree I saw a snake skin in the crook of a branch. I had never seen that before and wondered how it got there.  I took in more sunshine then made my way back down and crawled backwards down the dead limb to the ground.  It was a good and scary challenge on such a precarious branch.  This climb made my whole Christmas better.  I don’t need gifts, I can go outside, climb a tree and that’s gift enough for me.  I happily walked to Thornton’s, bought milk, and just enjoyed this time of solitude in the sun with a good climb under my belt.

12-29-08:  I guess snakes can be good tree climbers.  If I were a snake and molting my skin I might climb a tree.  Or perhaps, if I were a bird I might find a snake skin and take up to a tree to fortify my nest.  Except I don’t remember seeing a bird’s nest up there.  It’s a mystery.

Oh, and sorry about the grotesque pictures of the dead squirrel.  I thought it was awesome looking.  But I also thought all the t-shirts and drawings Pushead did for Metallica were really cool too. 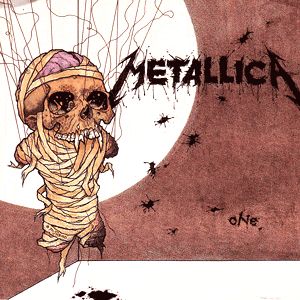 Anyway, I guess I just added to it.  Oh well.

Now to the climb from last Wednesday.  I picked up Scott, my brother, from the airport and we drove to our parents.  We hung out, watched a movie, had a nice lasagna dinner with our mom then I went out to climb.  Everything was quite damp from the previous day’s rain.  I walked out to the empty development.  Well, it isn’t empty anymore, there are about 3 houses on it, but only one is complete.  I have climbed a lot of trees around here but I thought I would be able to find a tree I could climb now that I couldn’t before.  And I did.

It was a tall tree that stuck out to me.  I bet I had looked at it before and considered it too difficult.  On this night I was ready for the challenge.  The trunk split just above my head, but the bark was covered in moss and was slick and dirty.  The tree also had some vines.  One vine curled just around the trunk and I tested it for strength.  It moved around like crazy but was strong enough to hold my weight.  I climbed up on the slippery vine and struggled to get to my feet.  I stabilized myself on the trunk and then stepped into the split.  I wiggled my way up a little higher so I could reach the first smaller branch.  I went up one of the two split sides as far as I could.  I paused here to take pictures of the beautiful sunset colors in the distance. Climbing was made difficult by the web of vines and slipperyness of the bark. But I made it a few feet higher and took some more shots. The sun was quickly dropping and spilling reds and pinks just beyond one of the houses in progress. I also captured the strangeness of the lonely house in the distance and the empty culdisacs of the newborn neighborhood. Then I put my camera away and prepared myself for the climb back down.  As I went down the few limbs of the branch I was on I considered transferring back to the other side, but then changed my mind.  I could just easily slide down this split trunk all the way to the ground.  I chose to do so and went down this way more than 30 feet.  But this made all clothes incredible dirty and wet.  At least I came prepared with my ski pants and water proof jacket.  I dropped to the ground and took a few more shots in the new darkness of the night.